Here’s a shocking statistic, only 3% of journalists reported that they actually relied on press releases for their work. As a matter of fact, just a little over half of the survey respondents admitted that they use press releases in any way, shape, or form.

Despite this fact, they still receive hundreds of press releases to review every day.

If you’re wondering how to write a press release headline that demands immediate attention, here are ten examples and tips to get started.

1. Write Like Your Article is on the Front Page

Can you imagine what it would feel like if your press release made it to the front page of your local newspaper? Even if your article isn’t exactly ready to hit the presses yet, you can still envision that it is.

The trick is to write like your press release is on the front page, and it’s simpler than you’d think. The theory here is in the mindset that you have when you write. If you believe it to be important, then it will come off that way.

If you think that your press release headline would make a reporter stop and read it, then you’ve succeeded. If not, then you might have a little more work to do. Just keep in mind the more appealing your headline is, the better.

2. Make Sure to Have an Active Voice

Most journalists really don’t want to read a press release headline that’s written in a passive voice. If your school days are long behind you, chances are that you’ve forgotten how to write press releases using an active voice.

Your headline writing style is the key to hooking in your readers. Using a passive voice removes your audience from the story and makes your article less exciting.

Using an active voice to write your press release headline is the key to success. Another trick is to avoid using “be” verbs in your title, including words such as are, am, is, was, were, been, and being.

3. Don’t Be Afraid to Use Data

When it comes to press release titles, don’t be afraid to use data.

Try to incorporate some kind of impressive statistic that shows how special your story is. For example, you could include stats about reducing plaque in the title if your press release is about dental hygiene.

On top of that, you can use data to predict how well your press release writing business will do in the future too. The world is ever changing, and digital marketing trends and business practices change with it. If you stay on top of it, you are already ahead of the game.

One great way to hook your readers is to utilize funny headlines. Don’t be afraid to get clever with double entendres and attention-grabbing titles.

More than that, readers like to feel like the companies they are dealing with are relatable and don’t take themselves too seriously. As long as the situation is right for it, humor is a great way to do it.

However, use caution with humor. If your article contains information that is very serious or is highly sensitive, then a funny headline will alienate your audience in a big way.

One way to maximize your customer retention rate is to spice up your content to keep them coming back for more. Don’t shy away from using strong language in your press release title if you are targeting an audience that uses that language. That way, you’ll engage your readers and make them want to know more.

Of course, you should never use any crazy curse words or slang in your press release headline. However, it’s always a good idea to “paint a picture” inside the head of your reader, so to speak. Just think about what kind of titles make you want to click on them when you’re browsing online.

It might sound impossible but try reading your viewer’s mind during your brainstorming process. Not that we are expecting you to be a psychic but knowing the things that your viewers like and what they don’t goes a long way.

Basically, the best way to write a press release title is to think about exactly what a team of reporters needs to know about your content. That’s why it’s such a good idea to pitch your headline ideas to another writer first.

After you talk to your colleague about your topic, write down the first question that they asked and the first response that you gave them. The result is a short and sweet headline that really cuts to the heart of your article.

7. Finish Up with a Headline

It doesn’t hurt to finish up your press release with a headline instead of the other way around.

Start by writing out the body of your article before you think about what your headline will be. You can include the entire scope of the article in your press release headline.

Plus, saving your title for the last part of the process is the smartest way to come up with a newsworthy headline. Once you’ve written your article, you can truly decide which title works best for your client.

Find the time to brush up on your knowledge of punctuation. If you’re feeling stumped, you can usually rely on adding a colon to your title to make it more eye-catching. That’s how you can shift from creative to technical writing in a single headline.

For instance, if your press release is trying to get people to sign up for the military, then you could use the press release title, “A Call to Arms: Support Your Troops by Joining the United States Military.”

One bad thing is to include a lot of exclamation points at the end of your headline. There is nothing that screams clickbait more than seeing !!!!! at the end of a leading headline.

If you’re planning to use email marketing to promote your press release writing services, then highly recommend that you add your website to the signature in your email as well.

Using alliteration to jazz up your titles is a perfect way to grab your reader’s attention. Even though this is a classic literary technique, it still holds a lot of clout in the world of media.

For those that haven’t been in a high school English class in a long time, alliteration is when the emphasis of a consonant is present in a string of words. For example, “Witty Wordsmith Withstands Wraith from Writers,” instead of “Genius Author Gets Hate from Peers.”

When you use alliteration in your headlines, your press release title might even come out wittier than you thought that it would. The good news is that the catchiest titles are the ones that will linger in the minds of your audience.

10. Figure Out Why Your Reader Should Care

Many writers would agree that the most difficult part of writing a press release title is trying to make your readers want to find out more. That’s why you should use your title to figure out why your readers should care about your article.

Just try to answer the question “who cares” when you’re crafting your press release headline. To be honest with you, many readers aren’t sure why they should be reading your article when there’s so many more of them out there.

To avoid this, you can write a headline for your press release that will instantly reel your reader in. For instance, if your client is trying to promote their anti-aging products, then there’s no harm in penning the cheeky title “Why You’re Getting Old (And How to Prevent the Aging Process).”

If you need some press release headline examples, then you can always search the Internet for inspiration before you send your work to your client.

The Art of Crafting a Press Release Title

Let’s face it, the art of crafting an amazing press release can be challenging, especially if you’re just getting started in your career. However, it’s totally possible to transform your biggest weakness into your greatest strength.

In a nutshell, creating the perfect title for your press release boils down to a few easy to follow steps:

– Keep your headline short and engaging.

– Make sure that you cover everything in your article.

You have to consider whether your press release is even interesting enough to be read by the public at large. If the content is only fascinating to you, then you might be running into a major issue.

Think about whether any media agency would be intrigued by your story. Does it apply to the community at large? If that’s the case, then getting your local newspaper to run your press release might not be as challenging as you thought.

From writing like your article is on the front page to making sure that you have an active voice, there are more than a few ways to ensure that your press release title will be a hit.

By using funny headlines, informative data, or powerful language in your press release headline, you’ll be sure to make a splash on the desk of your local media agency. Plus, you could potentially rake in more clients as well.

Want to sharpen your advertising strategies? Contact us for a free digital marketing review.

Owner and Chief Marketing Officer, Jason Hall, and his team specialize in creating brand awareness / traffic and lead generation / marketing funnel and conversion optimization, while utilizing the appropriate marketing channels available within your industry. With diverse clients throughout the world, Jason's team is well connected within many industries to assist with your marketing strategies. With no long term contracts and various levels of service, Jason's team will increase the quality of your online traffic, leads, and sales.

See how well optimized a web page, landing page, or blog post is for an exact keyword or phrase

Located in the heart of the Emerald Coast - Destin, FL, founder and Chief Marketing Officer, Jason Hall, and his team specialize in creating brand awareness / traffic and lead generation / marketing funnel and conversion optimization / and PR campaigns, while utilizing the appropriate marketing channels available within your industry.

With diverse clients throughout the world, Jason's team is well connected within many industries to assist with your marketing strategies. With no long term contracts and various levels of service, Jason's team will increase the quality of your online traffic, leads, and sales. 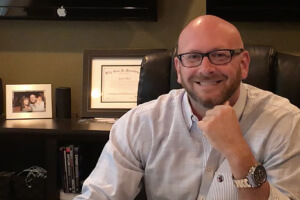 Request a digital marketing strategy session today and we'll show you what you've been missing!

More from our blog You've put a lot of time into cultivating the right digital presence for your business. There's been plenty of money…
Continue reading Digital marketing relies on consistent effort, some money, and a lot of insights. In fact, big companies often spend between…
Continue reading 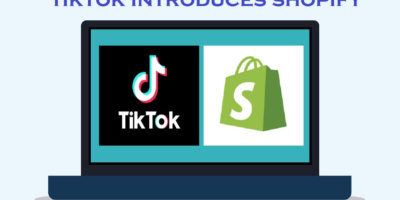 TikTok is one of the most popular and fastest-growing social media platforms out there. With the recently announced TikTok Shopify…
Continue reading 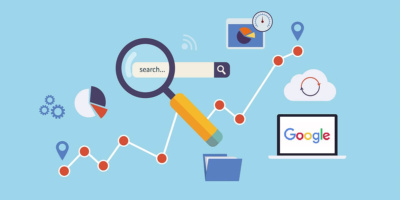 What to Know About the Google Algorithm

The Google algorithm is something that holds a lot of influence on the way we live our lives. As users,…
Continue reading Why Safe Browsing Was Removed as a Google Ranking Category

Google recently announced that it would no longer be using safe browsing status as a ranking category. They are making…
Continue reading A Comprehensive Guide to Building Your Black Friday Marketing Strategy Demystifying Some of the Most Common Myths Surrounding Link Building

In a recent review, 41% of businesses said they felt link-building was the most challenging SEO technique for their brand…
Continue reading 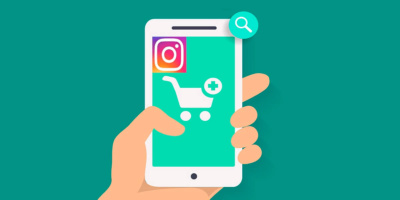 According to Business of Apps, Instagram had an estimated 1.16 billion users in the third quarter of 2020. This is…
Continue reading